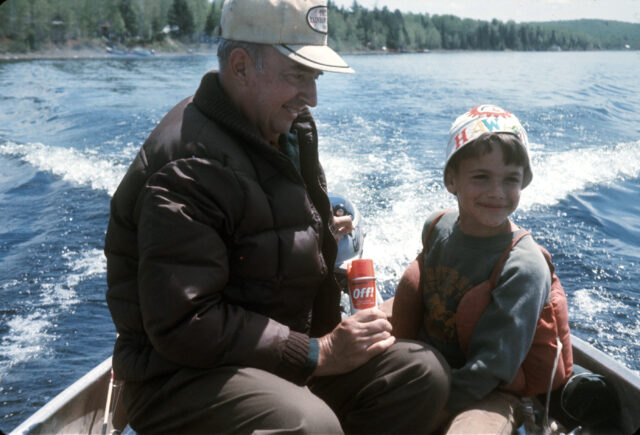 Man on the left lived part of his childhood in a railroad boxcar. Spent time dug into the sands of Iwo Jima, witnessed the worst of it. Wound up introducing the Presto pressure cooker to the world, at least once via a single engine plane landed in a Central America cattle pasture. Politely declined his final corporate promotion because he said he had plenty. Shortly after I finished my nursing degree I stood in his yard and told him I wanted to work at writing but thought it might be dumb and irresponsible since I had a good job. He looked up from bagging grass clippings and said, “This is the best time for you to try these things. I think you should do it.” We bagged the rest of that grass and off I went.

That’s the short version. The snapshot summary of a three-decade old memory. Maybe with some fuzz. But how fortunate we were to have that man for our grandfather.