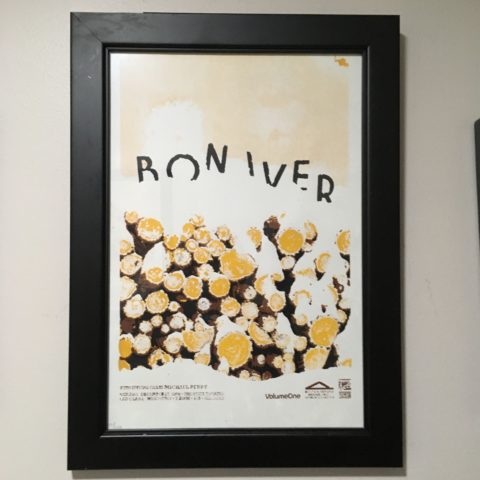 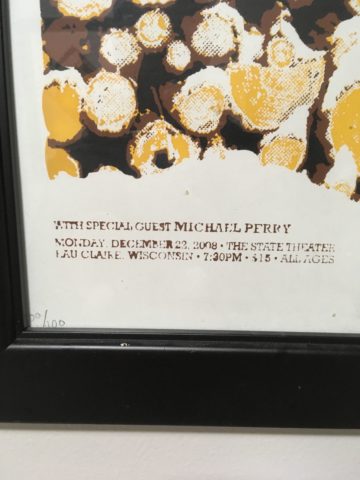 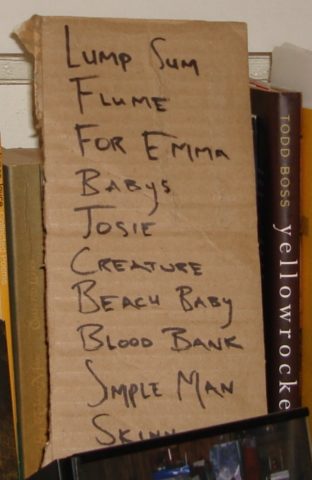 Moment of contemplation in a local restroom when I look up and see this. Had passed from memory. It was SO COLD that night. As my intro ended the velvet curtain swung open, releasing a giant block of cold air trapped backstage. It washed over the audience as the band launched into “Lump Sum,” and the timing was so perfect and so matched the wintry theme of the album people thought it was part of the stage production. In fact it was just Wisconsin and bad insulation. This was also the night that spawned the everlasting urban legend that I am Justin Vernon’s uncle. Mythology abounds. Time roars on. I have a million reasons to be grateful for this odd life. Sometimes the reminders appear on a bathroom wall.