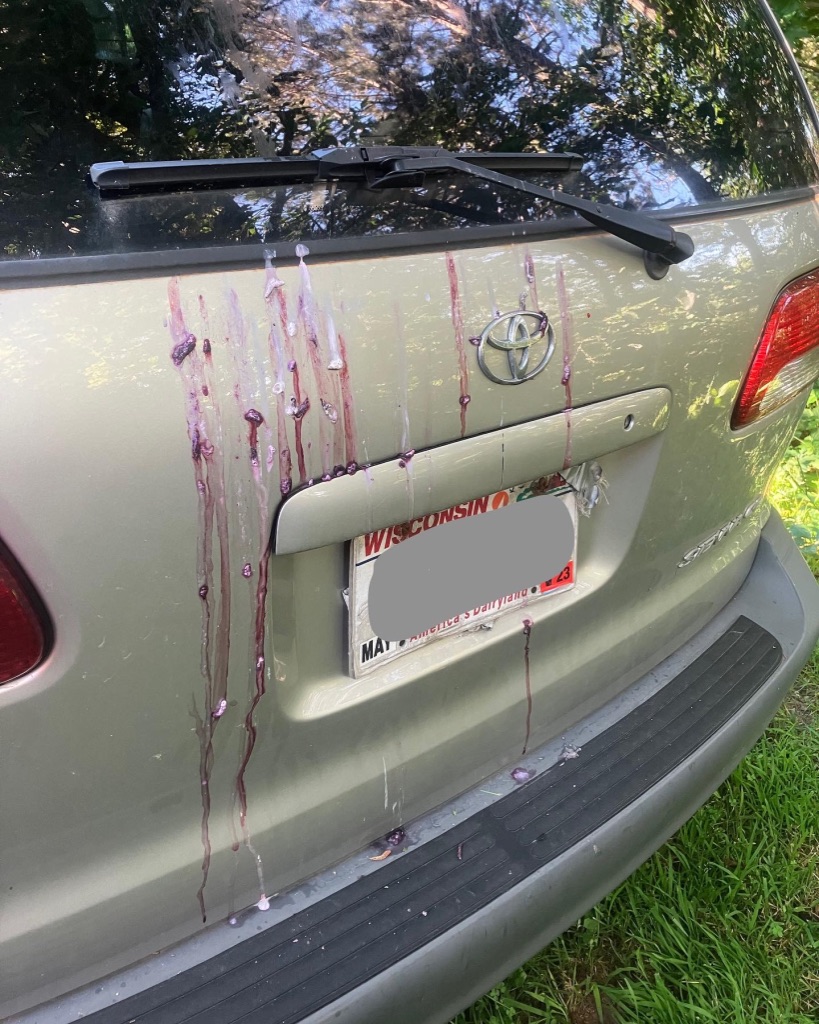 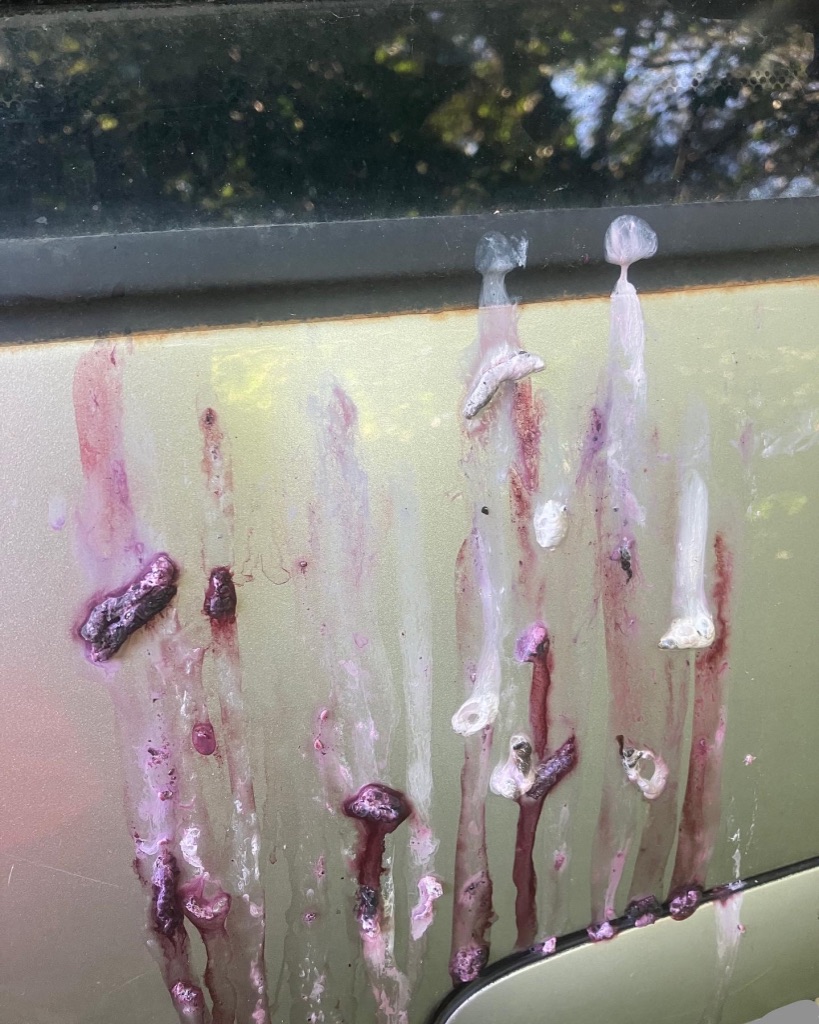 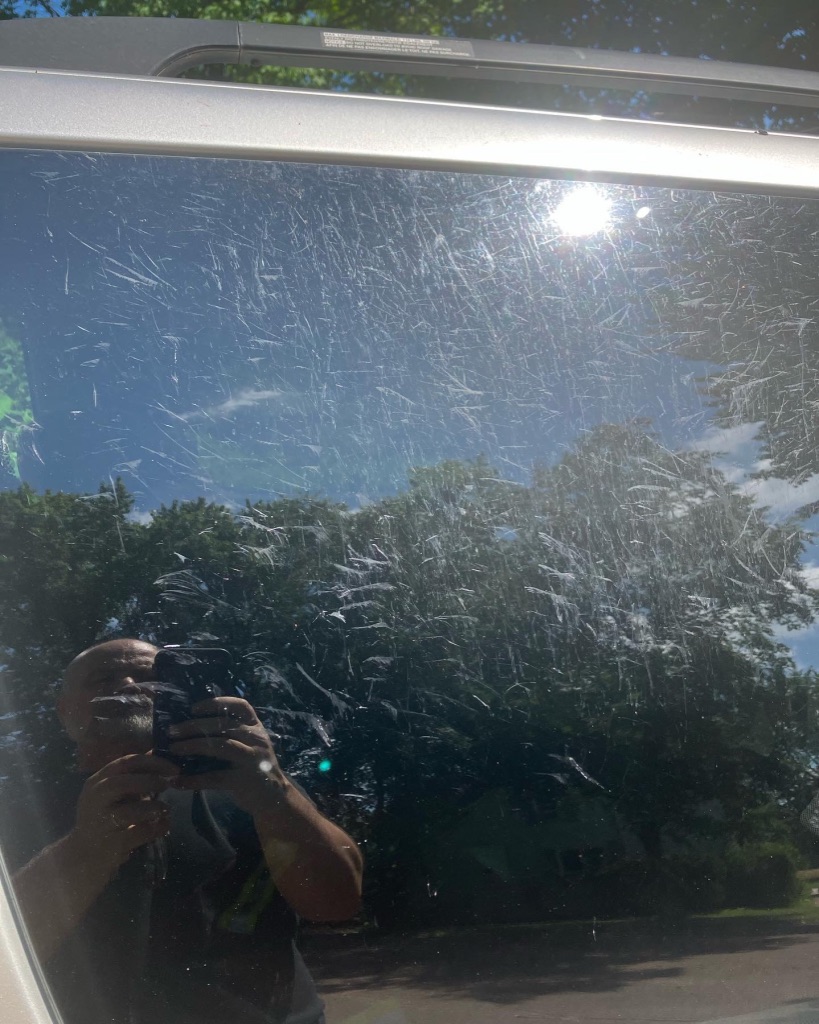 For those of you following along the cardinal has now gone full Hitchcock. Attacking multiple windows, including our vehicles. And apparently eating lotsa berries. Feeling differently about him now than I was when I wrote about him in Hunker:

The cardinal appeared in the winter-stripped bush outside our window this morning with all the subtlety of a Christmas ornament left hanging after the needles drop. Those scarlet feathers are an invigorating sight any time of the year but perhaps especially in this the season of who-knows-what-season featuring a landscape of bleak browns and deteriorating whites. I was happy to see him.
A cardinal is magical realism on the wing. You know beneath those feathers it’s just another bird, and a fairly common one at that, but you also can’t quite believe your luck when all that crimson flares up right outside your window. It opens you to the possibility of conjury. As he flew away I dubbed him a talisman of spring even though I know full well he’s non-migratory.