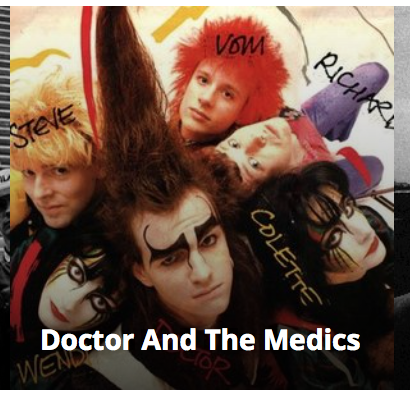 By chance Twitter exchange, I just discovered an error in Coop: The show in Milton Keynes Bowl was in 1986, not 1984. Here’s the proof. Simple Minds, The Waterboys, Lloyd Cole and the Commotions, Big Audio Dynamite, and Doctor & the Medics. I believe it was only the second rock concert I ever attended. The first (if memory serves, and we’ve just cast doubt on that theory) would have been Status Quo live in 1984 at the NEC in Birmingham. Both shows in England, both in the company of my dear departed friend Tim.

Simple Minds were big and powerful live. I knew nothing about the Waterboys but was swept up in their sound and the fact that I was in drizzly England listening to this rag-tag band singing about Medicine Bow, and me living in a ranch cabin along the Medicine Bow River in Wyoming most of that summer and the four summers preceding. Also spent much of the next year (senior year of nursing school) writing bad poems on a Smith-Corona while listening to A Pagan Place and This is the Sea on repeat (well, on “flip”–this was the cassette era). I was too musically naive to fully appreciate Lloyd Cole and the Commotions (Tim’s favorite that day). Big Audio Dynamite got booed off the stage, people throwing things. Doctor and the Medics left little impression. I know they had a one-hit wonder with a cover of “Spirit in the Sky.”

Another crystal-clear memory of the day: It was cold and drizzly. We stood in line for coffee. I turned and bumped into a massive Englishman, causing him to slop his paper cup of milky tea. He glowered and I thought he was going to squash me. Instead he bellowed, “You CLUMSY OAF!” It’s the most English thing anyone has ever said to me.