Today in his Instagram feed, the rapper Astronautalis announces, “MAMA, I GOT QUOTED IN A BOOK!” 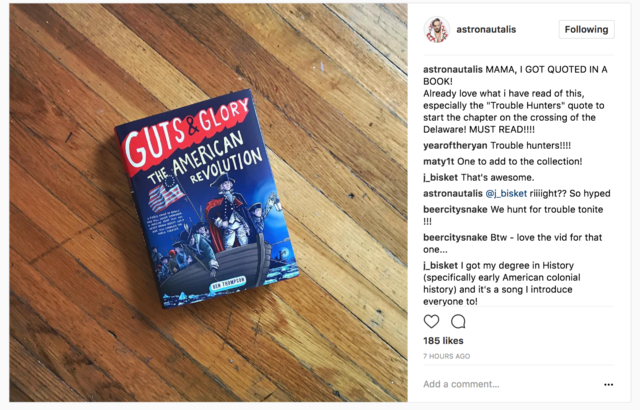 I’m not surprised. The quote in question invokes the battle of Trenton, Benjamin Franklin, and Hessians in the context of the American Revolution. Astronautalis (some call him Andy) writes verse that stands on its own–beat or no beat. Which is why, in fact, I gotta slide in here and say “MAMA, HE GOT QUOTED IN A BOOK…AGAIN!”

Because in this little number… 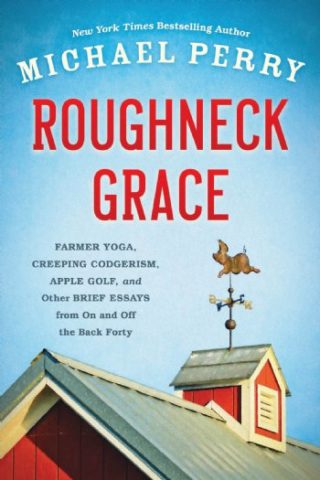 …there is a piece titled “The Least Rap-Like Cat in the House” that begins as follows:

Two summers ago I stopped to visit a neighbor a couple of cornfields down the road and there encountered an itinerant rapper, which is the sort of thing that can happen in an age when the catch and release of music is no longer the exclusive purview of cities and coasts and may be committed, yea, even within view of Holsteins. His name was Andy, although he goes professionally by the name of Astronautalis.

And goes on to say…

I liked Andy’s work immediately upon hearing his album Pomegranate, which struck me less as a rap album than brash literature. Filled with painterly images and hybrid rhymes, and salted with historical references, it took me to unexpected places (consider the opening line of An Episode of Sparrows: “just as the last of the hay’s cut today . . .” , which caught my ear for the obvious farm boy reasons).

Astronautalis. You should see him sometime. He’s everywhere, eventually.