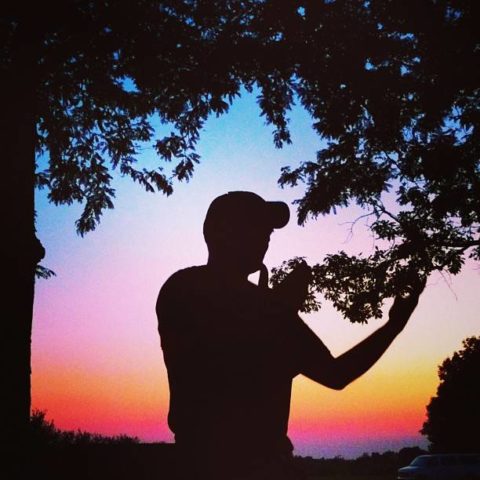 Had one of those nice impromptu drop-in, stand-around, yap-and-slap (mosquitos and some other odd hatch) sundown visit with the neighbors last night. Photo here. Looks like I was trying to raise the dead but basically I was just yammering obsessively about why it is Hollywood celebrities at news conferences act like they’ve never seen a microphone before. It is my theory that it is an attempt to convey a “simple citizen” image, often amplified by their donning bookish glasses while reading from a script like they’ve never seen one of THOSE before. Then I realized that with I’m often guilty of the roughneck equivalent of these behaviors and lately REQUIRE bookish glasses, and changed the subject. As the fingernail moon rose we discussed how to avoid hitting a deer with your Harley, the art of revision in contemporary rap music, and corn.