Major (even for us) cold snap on the horizon. So this morning I brought in not one but two heaping wheelbarrows full of firewood. Felt very responsible, manly, providerly. Two hours later, out of the blue, I get a text from my brother with the following photo attached: 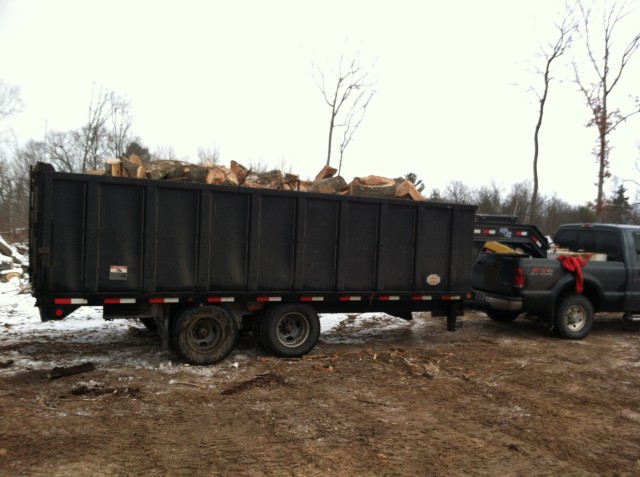 He’s got a sense of humor though. In the text he said he was now going to go park in front of the local tavern for the weekend, a reference to this passage in Population 485:

Overtly and covertly, we stake out our persona. The Most twins load their pickups down with firewood, then park in front of Tugg’s Bar so everyone knows they’ve been hard at it.