Some old Post-its I scribbled notes on down at the fire hall when I was working on Population 485. This October will mark ten years since that book came out and the reaction to it still surprises me in the most heartwarming ways. It was an honor to write about a place I love, and to write as best I could about fire and EMS from the perspective of the end of the hose and the back of the rig. For all the good things that have come my way, serving on the New Auburn Area Fire Department remains the most meaningful thing I’ve ever been allowed to do, and I still count it a privilege to carry a pager for the local crew.

The scribbles on the yellow Post-its were made after ambulance calls (I remember both calls – one silly, one very nasty – but have no idea what the math is about). The scribbles on the blue Post-it were made as I looked around the local park during Jamboree Days, which is happening again this weekend. Hoping to sneak up there for at least part of it, we’ll see.

For the moment (more on that later) Population 485 is also the only one of my titles available in audiobook form (iTunes and Audible). 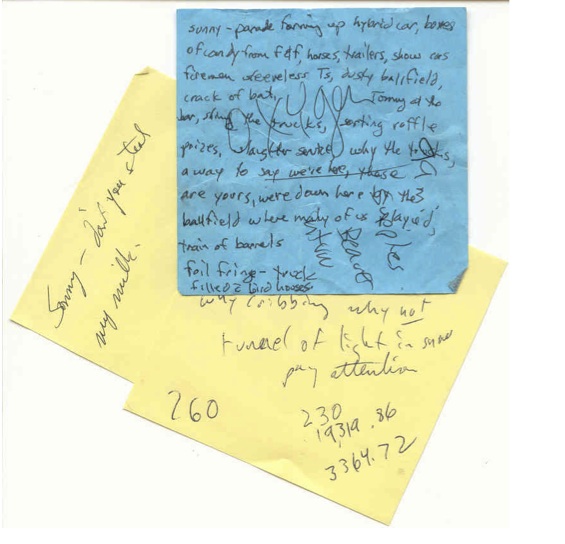