Four years ago I scored a major scavenge: a giant plastic pig hutch made from an industrial chemical storage silo cut in half with a Sawzall by a man named Garth. Garth was using both halves to house heifers, but when he got out of the business he said I could have the hutch for free. The only catch was that I had to haul it home – an adventure I’ll describe some other time. Let’s just say that thing is impossibly heavy (the plastic is over a half-inch thick…you can’t budge it without a tractor and hydraulic loader) and was 11 feet, seven inches wide. If the DOT had been on patrol that evening, I’d still be filling out paperwork and they would be auctioning off my truck and trailer. I mean, this thing was big:

Rest of the story (and action photos!) after the page break.

You can see the hutch in the background of this photo: 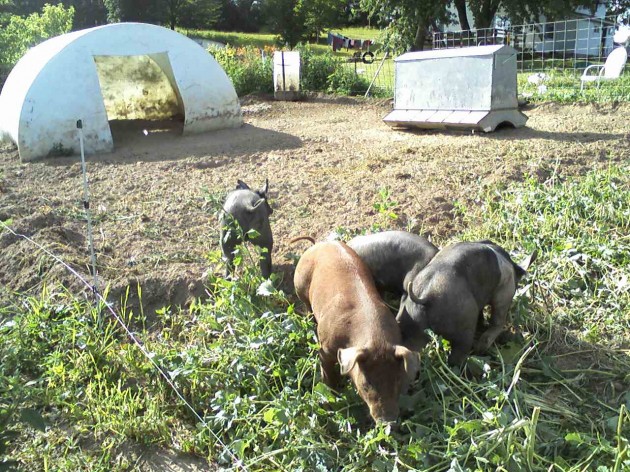 It was the perfect hutch…allowing enough light so the pigs were emotionally uplifted, but impermeable to sun, wind and rain. The only catch was that it was so heavy that the only way to move it was to waller it around with the tractor and loader. I know it looks like a little plastic thing, but trust me, it’s dense.

So for three years I’d push it here and there, wherever I wanted to put the pigs. We’ve got another batch on the way soon (they’re here now!), so the other day I took the tractor out back (over winter the hutch served as…umm…a deer blind) and proceeded to flip the hutch over on its roof like I always do (it’s easier to push around that way). Only this time when it flopped I heard a strange sound – a combo of cracking and tearing. My view was obstructed by the end wall of the hutch, but my buddy Mills was helping me, and when I looked at him he had his wide-eyed-dismay face on.

Dang thing split. Two big cracks running half the length of the structure. My best free score ever, and I broke it.

After Mills consoled me (I kept saying, “It was free… It was free…), I got to looking the situation over. It was clearly suck it up and walk it off time.

I fetched the Sawzall (OK, my wimpy version of a Sawzall) (I went through about six battery changes), and began doing this: 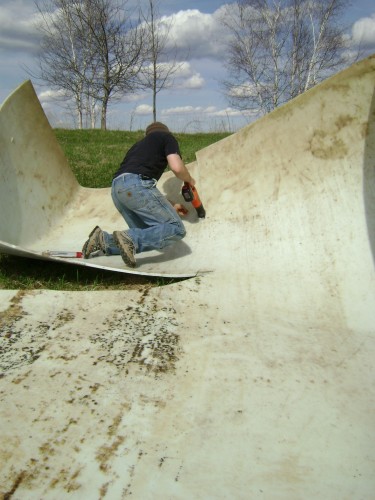 And when I was done, we had one reconfigured pig hutch… 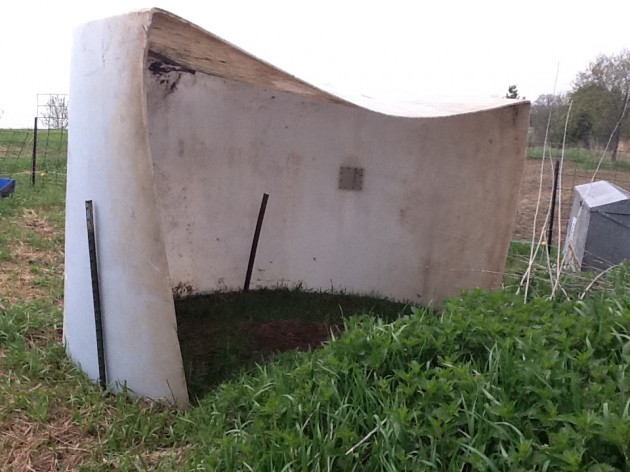 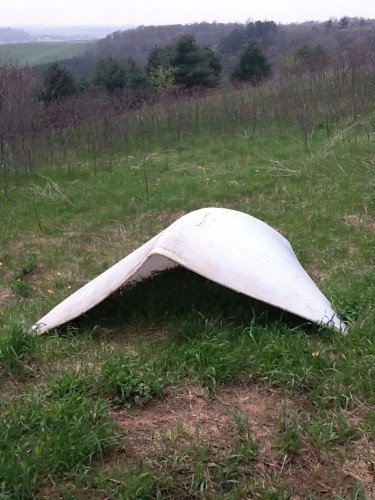 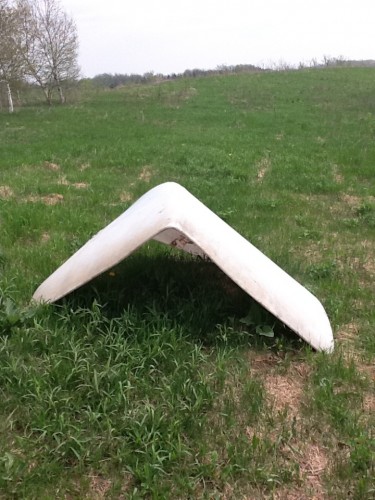