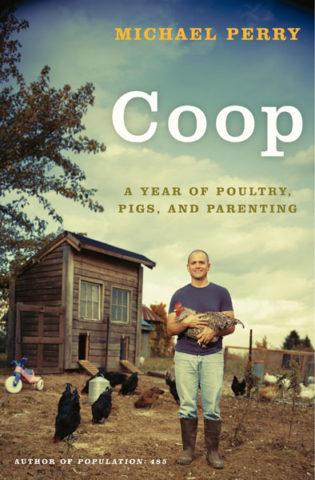 In studio recording the audiobook version of Coop. Snow’s piled up to the dang eaves, so it’s been a mood-booster to read the chapter about hay baling. The excerpt below refers to the time I made my daughter harvest her own timothy hay to feed her guinea pig (after I discovered the pet store sold it for $18,560 a ton). If you don’t know of Fred Eaglesmith, know this–he is the realest sort of real deal:

You won’t find many hay-baling songs out there, but Fred Eaglesmith wrote a dandy called “Balin’ Again,” and there’s a line in there about a man surveying his hayfields while having an imaginary conversation with his father. Sure could use your advice on how to raise a couple kids, he says, I’m tryin’ to raise ’em just the way you did.

So I’m thinking of Fred as I watch my poor daughter again a week later, snipping more timothy and, yes, weeping. The things we do to the children.

Will it pay off?