Back in, oh, I don’t know, 2014 or 2015 or so, I began reading the writings of Dr. Tressie McMillan Cottom. I especially admired the work she did to make esoteric but important academic information understandable and accessible, and included reference to it in the “Roughneck Intersectionality” chapter of Montaigne in Barn Boots. Dr. McMillan Cottom even gave that chapter a read and critique, for which I remain deeply grateful. It turned out my timing was just right because her scholarship and hard work have put her deservedly ascendant since then, culminating in the terrific news that she has been awarded a MacArthur “Genius” Grant and need never answer emails from a knucklehead like me again!

I couldn’t be happier. We so need powerful, diverse voices in academia. But even more so we need academics who understand how to deliver scholarship and research into the hands of the rest of us in such a way that we are challenged (and Dr. McMillan Cottom will provide in that regard), encouraged, and ultimately invigorated to strive for better understanding and treatment of our fellow citizens. Dr. McMillan Cottom has done that for me. She is that rare writer who accessibly, powerfully, and unapologetically bridges the silly, pernicious, and ridiculously self-inflicted (on both sides) divide between academia and the street…or in my case, the rural road. Writing the “Roughneck Intersectionality” chapter of Montaigne in Barn Boots was one of the trickiest things I’ve done in a long time (perhaps since the “My People” chapter of Population 485). I don’t know that I got it right, but if I got any of it right it was because Dr. McMillan Cottom was part of it. As I wrote in the book, “Through Dr. McMillan Cottom’s Twitter feed I discover we both cherish Dolly Parton, boiled dinner in cold weather, Robert Duvall in The Apostle, the poems of Lucille Clifton, and Lawry’s Seasoned Salt. And neither of us has seen Star Wars. By side effect, I am more receptive to her academic considerations on the study of race as an axis of stratification (which she kindly renders in terms I can understand). The day she described handling a hater by acting ‘country dumb,’ I busted into a giant grin.”

Thick is a good place to start. Thick is not easy. Thick will not let you off the hook. Thick, as the academics say, is causing me to “interrogate” myself, past and present. I want to say that takes courage, but cripes, that ain’t courage, that’s basic empathy. Like Jesus would want you to do. 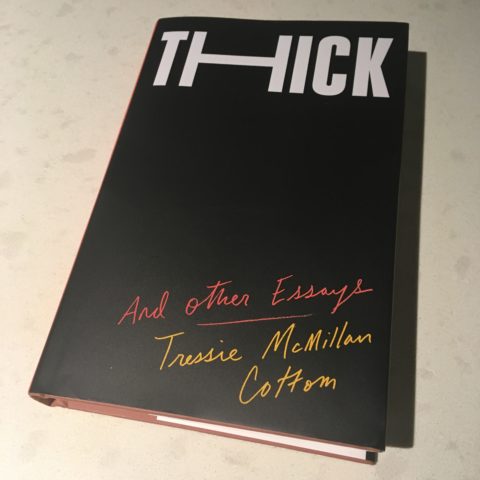